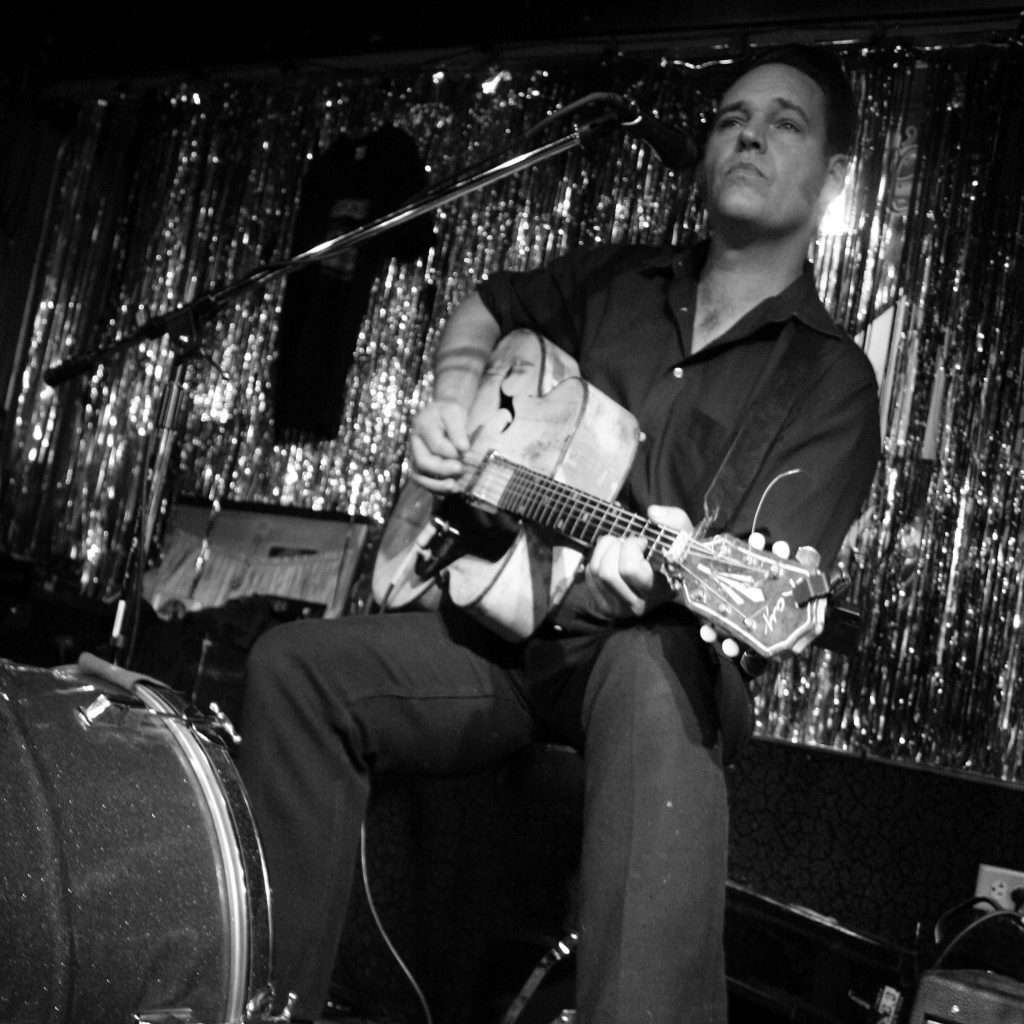 L FOUL Authentic American folk Music & Primitive Rock’n’Roll from Tucson Arizona. Al Foul, The One And Only, proudly walks in the footsteps of the American heroes from Woody Guthrie, Hank Williams & Johnny Cash. At the age of 18, Al Foul hitchhikes across the continent and settles in Tucson. In the beautiful state of Arizona, he crisscrosses the Sonora desert every weekend to perform in every corner of the Southwest, from Yuma to Tombstone, Flagstaff to his new home, Tucson. His life is a perpetual roadtrip through the mythical American West with his constant companions – a Kay guitar from the 1950’s, a bassdrum and a foot tambourine. Al Foul’s music becomes a wildly energetic and timeless Folk- Skiffle, primitive and authentic. From the Grand Canyon to the Mexican border, audiences are spellbound by his powerful rythms and a superb, dark voice, the grave voice of a true crooner. A charismatic artist, Al Foul writes songs of his compositions that blend in seamlessly with classic tunes from Johnny Burnett , Roger Miller, Lonnie Donegan or Frankie Laine, etc. The stories are the same across the century: broken lives, empty pockets, fights and heartless women, drunken brawls transport us to the flip side of the American dream. Al Foul, with over 200 concerts in Europe over the past 15 years , tours backed by French musician & DJ Laurent Allinger, who provides a backup soundtrack of percussions and original sounds recorded in Arizona as well as Theremin & Echo Tape. Allinger also DJs sometimes before/after the live set, showcasing his perfectly-curated selection of Folk songs, country and Latin Western atmospheres. Al Foul with Laurent Allinger? In the flesh, these two perfectly embody the history of American popular music, often represented in the great mythical western movies of John Ford and Sam Peckinpah, as well as Tarantino.